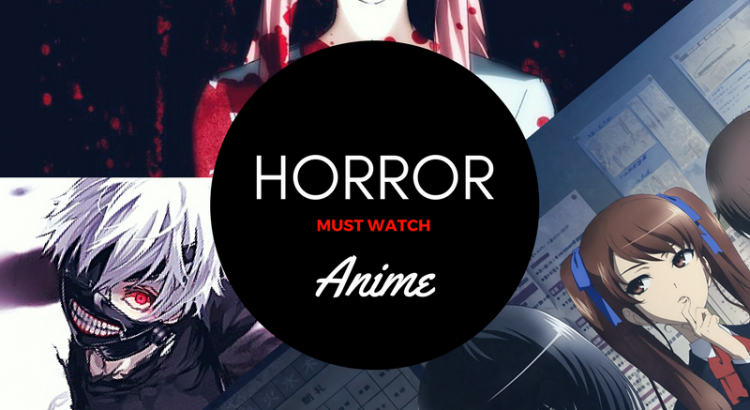 Life isn’t everything about the goodies, smiles, and romance in your every typical week. Why not put some spice on to make it nicer? Here’s a list of horror anime that will surely add flavor to your MUST watch list!

Another us definitely the ALL-TIME-FAVORITE when it comes to horror anime. If you’re fond of school life set-up plus gore sceneries, then, Another is 101% the anime you certainly must watch! Also known as the anime version of Final Destination, Another’s plot is more purpose-driven and entertaining to watch with!

Another is focused on a guy named Kouichi Sakakibara and the invisible girl he’s mysteriously attracted to, Mei Misaki.Kouichi has just transferred to class 3-3 and has wondered why the class seems to be gloomy and strange. A series of tragic events then occur to class 3-3, and Kouichi finds himself unraveling the true secrets of the school and the unexplainable phenomenon that torments the students.

Blood+ tells of an adventure with lots of monster slaying(called as “Chiropteran” in the anime) to save humanity from its downfall.

Saya Otonashi is your typical teenage girl, until the day she discovered the truth. Saya has always suffered from amnesia and is an anemic. Nevertheless, she always thought she was ordinary. Saya’s ordinary life shattered when she was attacked by a blood-feeding monster after school. She was saved by a mysterious man who also unravels the truth of Saya’s life. Blood+ is definitely a recommended anime for people who has a thing for horror with a mix of action and romance! 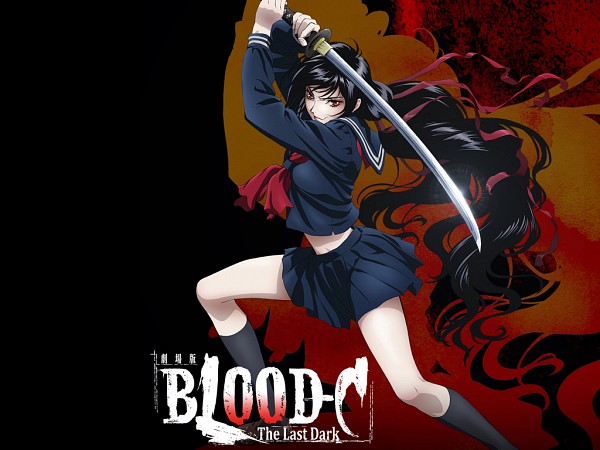 Blood-C is NOT your typical horror anime. Hell no! It offers more than horror and action!

Blood-C follows our long black-haired heroine, Saya Kisaragi. Saya can be seen as your clumsy and cheerful friend at day, but your murderous enemy at night. She is a shrine maiden that has the duty of protecting their small town together with her father. But an encounter changes her daily routine and makes her question the purpose of her mission and the town’s true color. As Saya slowly experiences vision that she cannot explain, she slowly uncovers the integrity of the town she promised to protect and the people living in it.

Another HIGHLY RECOMMENDED horror anime series! This anime will surely give you the chills with its gore and violent scenes in every episode.

Corpse Party focuses on a group of students that has trapped in another dimension with a vengeful spirit that knows no limit in torturing people. This group of students tries to survive the hellish maze they have been isolated to after the performed a ritual that was connected from the previous hellish school. Hunted by murder and insanity, they must help each other to survive the cruel mistress of brutality. With a lot of gruesome and stomach squirming scenes, this anime will surely give you discomfort and mind unsettlement after watching! 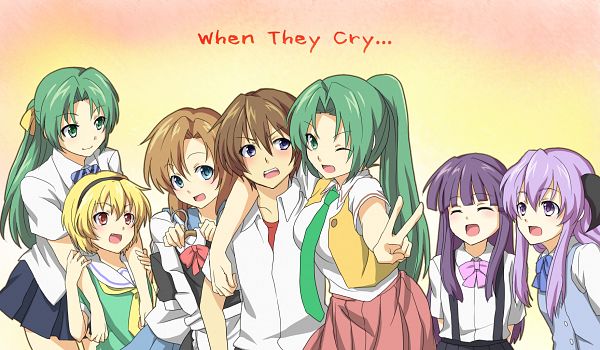 The most sought and watched horror anime, Higurashi no Naku Koro ni is most surely rated to be the one! With every episode making you crave for more and more, this will surely make you question about life’s friendships and secrets.

Higurashi no Naku Koro ni centers on a recent mover in the village called Hinamizawa. Keiichi Maebara enjoys his newly found life in this small village with his friends at school. It was an ordinary life, he thought. And he thought wrong. As Keiichi gets dragged in by the mysterious town’s traditions and customs, he discovers more events that eventually led to his own insanity and violence. With every episode’s gruesome and thrilling nature, this series will totally top your MUST WATCH list in no time! 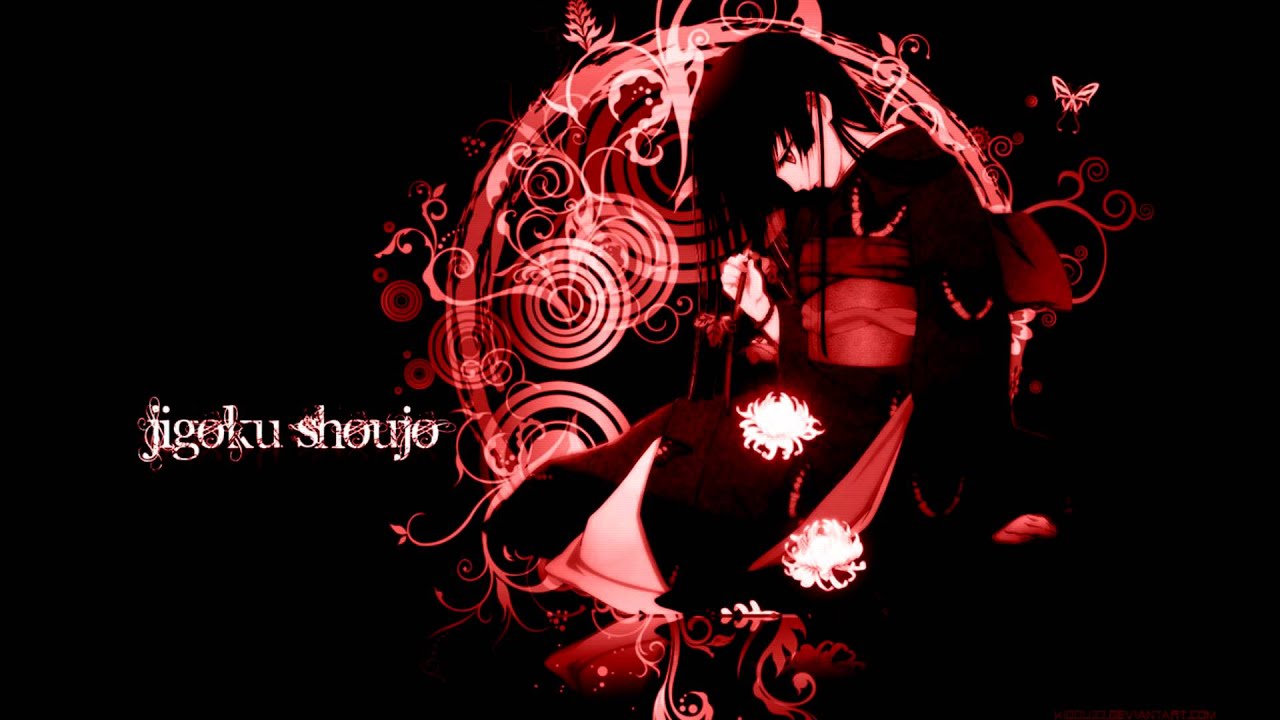 Have you ever felt so displeased by someone that you would actually risk your own soul just for that person to be dragged to hell? then this anime would totally fit in your wanted list!

Jigoku Shoujo focuses on a girl named Ai Enma, also called as Hell Girl. Enma’s duty is to make contracts of tortured and bullied people that wish another person’s soul to be dragged to hell. Enma acts as the middle man for all these transactions and ensures that the transaction goes pretty well. As the saying goes “an eye for an eye”, Enma believes that “a soul is for a soul”. Whenever a person requests to ferry another person to hell, he must also receive the same punishment when he dies.

A mysterious and detective-like anime, Shiki is one of those horror anime that is highly recommended!

Shiki revolves around the small and quiet town called Sotoba. Like any other small and isolated towns, Sotoba has its unknown mystery cases. A young man named Natsuno Yuuki suddenly gets surrounded by a series of deaths; his classmates and a lot of neighbors. Together with a doctor, Toshio Ozaki, they try to expose the reality of the secrets of these deaths. As the investigate, they discover the cause is not due to an epidemic, but because of creatures that have risen from the dead, called “Shiki”. One of the most special mentioned in town is Tokyo Ghoul! A series that revolves around a relatively normal young guy, until he becomes a ghoul himself.

Ken Kaneki is the black-haired protagonist of this action-packed horror series. Ken was an ordinary guy standing Japanese Literature at Kamii University. At this very own school, he encountered the attractive young female named Rize Kamishiro who turned Kaneki’s life upside down. As Kaneki becomes someone he has never expected he would turn into, he unexpectedly finds himself accepting what he has become, and discovers his will to protect the ones important to him.

One thought to “Horror Anime That Never Gets Old?”