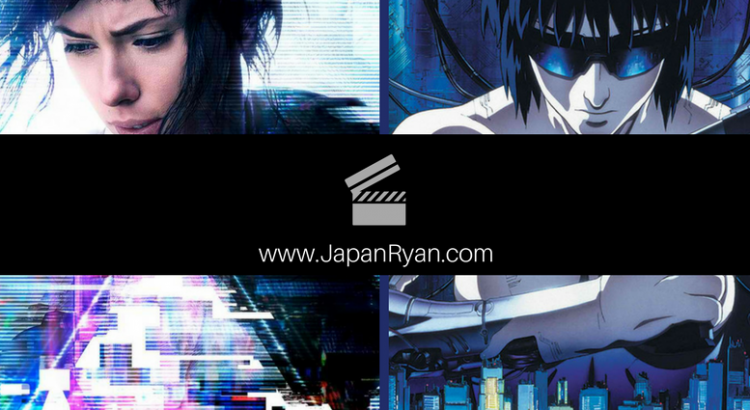 Major Motoko Kusanagi is the first of her kind. She is cyber-enhanced to be a perfect soldier devoted to stopping the world’s most dangerous criminals. A counter-cyberterrorist organization Public Security Section 9 was led by the protagonist, Maj. Mokoto Kusanagi, trails “The Puppet Master” who hacked the computerized cyborg-human hybrids. As Kusanagi and her team discovered more about the terrorism, things were never simple. Her pursuit of the terrorist leaves her to ponder what life might it be if she had more human traits. She will stop at nothing to recover her past, find out who did this to her and stop them before they do it to others.

The animation started in the year 1985 and followed by different sequels where stories were based on the original Ghost in the Shell. Many sequels were made with a different focus on the story, independent from the original manga. In 2017, a film of the same name was released featuring Scarlett Johansson as Major Mira Killian / Motoko Kusanagi. Ghost in the Shell is directed by Rupert Sanders & written by Jamie Moss and was premiered first in Tokyo, Japan before the United States.

Ghost in the Shell gains an approval rating of 45% from 223 reviews and a rating of 5.6 / 10. It became one of the box-office hit movies that time along with Beauty and the Beast and The Boss Baby. The people said that the movie was able to pull-off that amazing actions & eye-candy graphics which make the movie excellent as a whole. Scarlett’s performance was great but an issue regarding about the casting side of the movie. But all in all the Ghost in the Shell was a success worldwide.

Other works in the Ghost in the Shell Universe

Like the Marvel comic books have become the Marvel Cinematic Universe, there is an entire universe behind the Ghost in the Shell series.

Ghost in the Shell Movie – The anime film adaption of the manga, directed by Mamoru Oshii, came out in 1995. It had a sequel, Ghost in the Shell 2: Innocence. There’s also a related PlayStation game called Ghost In The Shell and there was also Innocence After The Long Goodbye: A 2004 novel written by Masaki Yamada that centers on Batou after he tries to search for Gabriel, his Bassett Hound, prior to investigating the events of Innocence.

Ghost in the Shell: Arise: 2013 OVA series. In the same vein there is Alternative Architecture: 10-episode Spring 2015 Anime series that consists of the four original Arise OVAs divided up into 2 episodes each, with the final two episodes being a new story arc called Pyrophoric Cult. There’s also Ghost in the Shell: The New Movie: A movie that takes place after Arise / Alternative Architecture and finishes up the Arise continuity. It also celebrated the 25-year anniversary of the franchise (the original manga was serialized in Japan from 1989-1990).

The Ghost In The Shell Five New Short Stories – This is a short story compilation to give the franchise an Adaptation Expansion, written by Tow Ubukata alongside Kafka Asagiri, Gakuto Mikumo, Yoshinobu Akita and Toh EnJoe, released in 2017 by Kondansha in Japanese and by Vertical for English-language readers. Kondansha and Shuiesha are the two largest publishers of Manga in Japan, if you didn’t already know.

Ghost in the Shell: The American Live-Action Movie Adaptation released in March 2017 that featured Scarlett Johansson.

5 thoughts to “Overview – Ghost in the Shell”