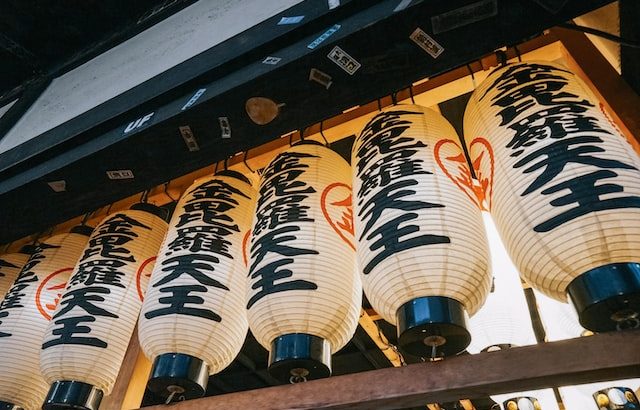 Osaka has always been known for its delicious food, shopping spots, and vibrant sightseeing attractions. However, it is also one city with a rich heritage. As such, there is a plethora of cultural attractions in Osaka for people wanting to experience the different facets of Japanese culture.

The numerous cultural activities, shrines and temples, art museums, and historical sites in the city are a testament to this. Whether it is Japanese history, art, or traditions you want to learn more about, there is no shortage of culturally significant spots that you can check out in Osaka.

There is more to Osaka than Dotonbori and its plethora of mouth-watering street food or its many theme parks. Below we list down some of the best cultural attractions Osaka has to offer.

Perhaps Osaka’s most prominent spectacle, Osaka Castle played a critical role in the country’s history and its unification. A beautiful structure towering over the city center, it’s a favorite among locals and foreigners alike not only for its historical importance and beauty but also for the scenic views it offers of the rest of the city.

Toyotomi Hideyoshi is credited for the creation of this castle in 1583. Over its long and tumultuous history, it was the center of the many conflicts surrounding Japan’s unification. Its current version, completed in 1997, is a reconstruction of the original as war and weather caused its destruction over the years.

While it does look very much like the original on the outside, inside, it is more like a museum. It houses many artifacts related to its impressively long history. The castle grounds are equally interesting, offering a wide variety of activities and sights for visitors to enjoy. With its over 300 cherry trees, the castle park makes for the perfect flower-viewing setting in spring.

Built in 1903, it is a notable structure due to its neo-Renaissance architectural style. While the old building is no longer used as the bank’s main building, it is considered a crucial cultural property of the country.

What is especially interesting about the structure is its dome roof with blue-green hues. Inside the building is possibly the oldest elevator in Japan. People who want to visit this remarkable place can book one of the numerous guided tours the bank offers. This includes a discussion of the bank’s in-depth history as well as the many other interesting features of the building.

If you are interested to be part of the guided tour, it is advised to get in touch with the bank ahead of time. Tourists and visitors are encouraged to book 2 weeks in advance to be properly accommodated.

Known for its restaurants, pleasure houses, and vibrant nightlife, Shinsekai is one of the most popular districts in Osaka. It’s pretty easy to locate as at its center stands the Tsutenkaku Tower.

The district’s current layout is largely based on the success of the National Industrial Exposition of 1903. The area’s northern part is designed with Paris in mind while the southern half is based on Coney Island.

Just like Dotonbori, the place is quite famous for its impressive selection of street food. Many of the restaurants in the area are open 24/7, making it a perfect destination for a food crawl. The best time to enjoy the place is at night when things truly come alive.

Built in 1904, the library is famous for its neo-Baroque architecture. Its entrance features an impressive portico along with the large columns supporting it.

Many of the documents housed inside the library have to do with the city’s history. Some ancient texts can also be found here, on top of its wonderful selection of academic and business books. These days, the library plays a critical role in storing and safekeeping much of the city’s and even the country’s cultural knowledge.

The building also has a Roof Garden that is certainly worth checking out. It also features an Event Hall. With a café within the building, you’ll easily find a place to quench your thirst and grab a quick bite.

One of the oldest shrines in the country, Sumiyoshi Taisha is said to have been around since the 3rd century. This was long before Japan embraced Buddhism. As such, the shrine is notable for its Sumiyoshi-zukuri— a unique architectural style.

The temple is believed to be the shrine of three gods who are worshipped for the protection they offer to the nation as well as for sea voyagers. They are also known for promoting waka, which is a 31-syllable Japanese poetry.

As a result, it is a popular pilgrimage spot for sea travelers and military students. Poets who wish to pursue a career in making waka poetry are known to visit the shrine for pilgrimage as well.

Another structure notable for its neo-Renaissance architecture style, this building stands out against the significantly modern and vibrant Osaka landscape. Solemn and elegant, it is notable for its red brick color and domed towers.

The building was constructed in 1918. Its ceiling showcases the “Tenchi Kaibyaku” a painting depicting the myth surrounding the creation of Japan. The basement houses the Iwamoto Memorial Room and is dedicated to the man who was responsible for funding the building’s creation.

Nowadays, the main hall is still very much used for a variety of public events. It has been the setting for many plays, concerts, and lectures in recent years.

Situated in Osaka’s Shinsekai district, Tsutenkaku was intended to be a replica of the famous Eiffel Tower in Paris. While the original was erected in 1913, a fire in 1943 damaged it beyond repair.

At the end of World War II, efforts in rebuilding the damaged tower started. Eventually, it was opened to the public again in 1956. It looms over the district with a height of 103 meters. Its main observatory deck alone is 91 meters high.

Aside from the observatory deck, which is a favorite among those that want to get a good view of Osaka’s cityscape, there are several areas of interest inside the tower. For instance, it has several shops inside, a café, a diorama display, as well as a museum. At night, the tower gets illuminated with different colors, depending on the season.

Merchants in Osaka and other close-by areas would know about the Imamiya Ebisu Shrine. Built in 645 AD, the shrine is believed to bring luck to fishermen and has been a popular pilgrimage site for many of the city’s fisherfolk.

Over time, the shrine evolved into a place of pilgrimage for all merchants. It is one of the most visited shrines in the city with millions of people paying their respects here every year.

In January, the shrine hosts the To-Ka Ebisu Festival which attracts a whopping crowd of more or less 1 million. The shrine is built in dedication to the sun goddess Amaterasu-O-mikami and Kotoshironushi-no-mikoto.

Situated on the island of Nakanoshima, the National Museum of Art is known for its stunning architecture. The building was designed with the bamboo plant as an inspiration. Specifically, by the way the bamboo is shaped and how it grows.

People who are particularly fond of art pieces will love a trip to this place as it hosts a remarkable collection of Japanese art. Artworks by contemporary foreign artists are also displayed here for visitors to enjoy. The place is also known for holding exhibits of its very extensive collections along with other special exhibitions.

This museum houses one of the largest private collections in the country. The collection is among the most precious too! The collection inside is compiled by Fujita Denzaburo and his descendants. It was in 1954 when the place opened to the public.

The museum is known for its extensive collection of goldwork, paintings, textile, sculptures, calligraphy, and prints. It even has a collection of archeological artifacts. Overall, the museum houses a whopping 5,000 items for visitors to enjoy. Some of these collections have even been designated as the country’s national treasures.

A huge chunk of the artwork displayed here is from Japan and China. Many of these paintings are hundreds of years old. If you come here in the spring and autumn, you might catch one of their many special exhibitions with different themes depending on the line of the collection they come from.

Osaka has its fair share of old shrines and temples and Shitenno Ji is not only one of the city’s oldest but also one of Japan’s too. It was built by Prince Shotoku in 593. He was known for his incredible support for the introduction of Buddhism to the country.

The temple has quite a rough history. Over the centuries, the buildings of the temples were burned down several times. The present temple is a reconstruction of the 6th-century design of the original structure.

When visiting the temple, be sure to drop by the treasure house within its grounds. It has all the scriptures, paintings, and other valuables that belong to the temple on display. The Gokuraku-jodo Garden within the temple grounds is always worth a visit too.

There is no shortage of spiritual settings in Osaka and Hokoku Shrine is one of them. Located inside Osaka Castle Park, this Shinto shrine is a dedication to Toyotomi Hideyoshi. He is credited for the unification of the country under one rule before the Edo period.

It was the emperor Meiji who ordered the construction of the shrine. Over the years, it has been moved several times. It has been in its current location since the 1960s and has remained there to this day.

The shrine features a bronze statue of Toyotomi. People that come to the shrine often say their prayers for success in its main hall. The shrine is also a popular setting for marriage ceremonies. Interestingly, its garden is designed to reflect Osaka along with its surrounding landscape and its proximity to the sea.

Osaka is a bustling city known for its wonderful food, warm people, and vibrant city life. On top of that, it is also a great destination for people wanting to learn more about and experience Japanese culture. It’s a place where traditional and modern Japan converges, and the numerous cultural attractions within such a modern city are reflective of that.