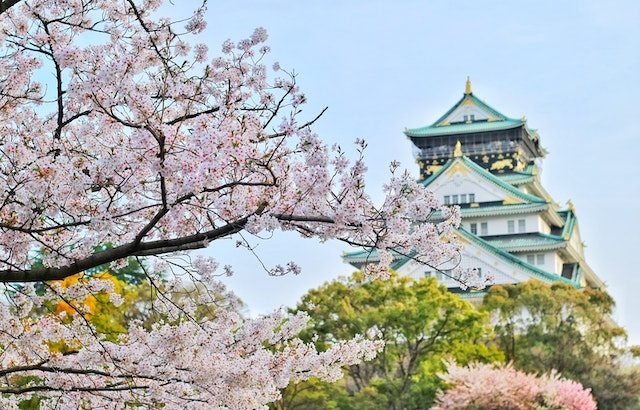 Osaka Castle is a must-see destination for anyone visiting Osaka. The imposing castle is one of the country’s most famous landmarks and it has a long and fascinating history.

Built in the 16th century by the powerful warlord Toyotomi Hideyoshi, the castle was the site of many important events during the country’s feudal period. It was destroyed and rebuilt several times over the centuries, and today it stands as a symbol of Osaka’s rich heritage.

With its massive stone walls, beautiful gardens, and stunning views, Osaka Castle is an unforgettable experience. Visitors can explore the castle’s impressive interiors and learn about its fascinating history.

Below are some interesting facts about this famous castle.

It is a renowned Japanese landmark

The castle is certainly Osaka’s most iconic landmark and one of its most popular attractions. Arguably, it could be considered Japan’s most famous castle. Its imposing figure and beauty nestled in the equally magnificent park surrounding it is something every visitor must experience.

A remarkable monument, it played a critical role in the country’s colorful history. It was also instrumental in the unification of Japan in the 16th century, during the Azuchi-Momoyama period.

Over its lifetime, the castle was used for a variety of purposes. For instance, it served as the Japanese forces’ armory in World War II. A resilient structure, pretty much reflective of the Japanese spirit, it has survived many of Japan’s darkest moments.

Its owner passed away after it was built

By 1597, the castle was completed. Upon its official opening, it was used by the military as a storage room.

The next year, however, Hideyoshi passed away. As such, the castle’s ownership was taken on by his son and successor Toyotomi Hideyori.

It has been rebuilt several times over the years

The resilience of this castle is just something that could not be ignored. Having been destroyed and then rebuilt several times over the years, it is certainly a marvel that it has remained standing strong today.

The site on which this famous castle is built used to be part of the Honganji Temple grounds. The temple was destroyed by Oda Nobunaga 13 years prior.

When Toyotomi Hideyoshi decided to build the castle, his main goal was to use it as a unifying landmark for the country. Sometime after his death, the Tokugawa troops destroyed the castle.

Around the 1620s, it was rebuilt by Tokugawa Hidetada. Unfortunately, the castle saw destruction again when it burned down due to a lightning strike in 1655.

The castle is built on historic grounds

Aside from being an iconic structure in and of itself, the very ground on which Osaka Castle stands is of historic significance. The castle’s site is where the Honganji Temple used to be.

The temple served as a fortress for commoners and warrior priests during the Sengoku period. At the time, they were involved in an armed struggle to resist samurai rule. And the temple was their base.

Three years before the construction of Osaka Castle, Oda Nobunaga destroyed the temple. It was on the same grounds that Toyotomi Hideyoshi decided to build his unifying castle.

The castle’s design is intended to resemble Oda Nobunaga’s headquarters, the Azuchi Castle. Hideyoshi wanted a castle that mimicked Nobunaga’s but wanted it to be the better one.

It is more than just a castle

While the castle is indeed the most famous, the tallest, and the largest structure in Osaka Castle Park, it certainly is not the only structure thereon. About 15 structures share the park grounds with Osaka castle. This includes shrines, gardens, temples, and even sports fields.

People that visit the complex will find that there is more that it offers than just the castle itself. In the spring, more than 300 cherry trees on the park grounds bloom. This makes it a wonderful spot for hanami.

One notable structure within the park is a shopping mall! The Miraiza Osaka-jo Shopping Mall is certainly not something you’d expect to find in the castle park. But with its gift shops, restaurants, and cafes, it is a welcome stop for visitors that want a bit of respite from touring the castle.

The castle’s interiors are completely revamped

People who are visiting the castle for the first time will probably find it shocking how its interiors are nowhere what its exteriors are. Due to efforts of making the castle more appealing to locals and tourists alike, the interiors were revamped in 1997.

As such, while the exteriors showcase a traditional facade, inside the castle is anything but. There is even an elevator inside!

The castle is very modern inside. Historical events surrounding its years of history are showcased. Certain valuable artifacts are on display as well.

It only took 3 years to complete

Another remarkable thing about this castle is how fast it was constructed and completed. Compared to the length of time it took for other castles to get completed during its time, this is quite impressive.

It only took three years for the original castle to get constructed. For a castle its size and height, this is such an impressive feat!

To make this possible, around 100,000 workers were involved in its construction. Over time, Hideyoshi expanded and extended the castle. Eventually, it became an effective base that is poised to withstand enemy attacks, thanks to the addition of its moats and high wall.

Tokugawa Hidetada made changes to its original design

When Osaka Castle was attacked by then shogun Tokugawa Ieyasu, the castle was destroyed. During this conquest, the structure was burned down.

It was during the second Tokugawa shogun’s time in 1620 when the castle was reconstructed. When Tokugawa Hidetada decided to reconstruct the castle, he implemented certain changes to its original design.

The castle’s tower, which serves as its main building was elevated. As a result, five stories can be seen from the outside while eight stories are visible on the inside. Enormous stone walls were also constructed by Hidetada. This is meant to improve the castle’s protection.

It is open to the public

Compared to other castles, Osaka Castle is open for public viewing and touring. It is, after all, a popular spot not only for tourists but for locals as well.

With a variety of interesting spots within its complex, there is always something to do and see for visitors. Its large gardens and beautiful landscapes are just magnificent.

It does get notably crowded during the hanami season. Since the castle grounds boat of a grove made up of more than 300 trees, it is the perfect spot for cherry blossom viewing.

During this time, the castle park gets filled not only with hanami viewers but also with a variety of entertainers including Taiko drummers. Food stalls serving some of the best street foods Osaka offers also fill the grounds.

A must-see when in Osaka

Osaka Castle is a must-see when in Osaka! It is not only a beautiful castle but also has a rich history. Today, it is a popular tourist destination and a symbol of Osaka. Impressive and beautiful it is one Osaka sight you don’t want to miss!