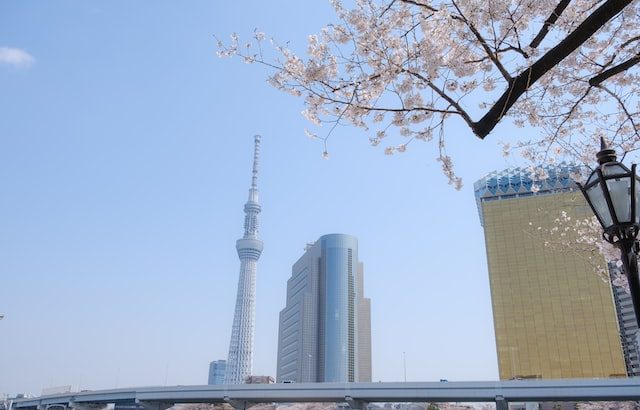 As Japan’s capital, there are so many things to see and do in Tokyo. From wonderful city views and popular tourist attractions to the more traditional shrines and temples dotting the city, it is a wonderful place to experience Japanese culture. It is also home to some impressive feats of engineering and architecture not least of which is the Tokyo Skytree.

One of the country’s more recent landmarks, Tokyo Skytree was opened in 2012. Situated in Sumida in Tokyo, it is a restaurant, observation, and broadcasting tower rolled into one. Japan’s tallest structure, it is also the world’s tallest tower at 2,080 feet tall.

While the views at the top of the tower are nothing short of stunning, there is more to it than just that. Here are some interesting facts about one of Tokyo’s most iconic and recognizable landmarks.

A lot of people seem to confuse Tokyo Skytree for Tokyo Tower— its older brother. Another one of Tokyo’s most prominent structures, Tokyo Tower has a significantly different design from Tokyo Skytree. Created as a replica of Paris’ iconic Eiffel Tower, it has also been created 54 years ahead of Tokyo Skytree. Construction of the Skytree began in 2008. Eventually completed in 2008, it serves to aid in digital broadcasting.

Built in 1957, at the time, Tokyo Tower was Tokyo’s tallest structure. Back then, it controlled traffic, reception, as well as FM radio transmission in the metropolitan area. It is also a very prominent landmark, especially because of its distinctive color, It is painted in international orange to comply with the regulations on air safety back in the 1950s.

What’s in the name?

When the tower’s design was finally approved and finalized, the responsibility of giving it a suitable name followed. It was then decided that the general public be involved in picking the name for the structure. Recommendations from the public followed which were then vetted by a special committee. Eventually, the entries were narrowed down to six names:

Once the choices were narrowed down, a national general vote was held. Tokyo Skytree won after being picked by 30% of the voters. Apparently, the name originated from an image of a tree that points toward the sky. It is also believed that the reason the name was popular among the public is due to the hopeful and warm imagery it elicited.

Despite the vast concrete jungle that is Tokyo, SkyTree incredibly stands out. At 634 meters, this is hardly a surprise as it is the tallest structure in the area. Aside from being popular for the amazing views from its observation decks, it is also a large shopping complex. There is even an aquarium within its complex— one of the many attractions within that makes it popular among the public.

When it opened its doors for the first time, visitors swarmed the complex. People were queueing to take a ride up the tower and see the views from atop. It was such a huge hit that it was fully booked for the first couple of months of its opening. Some people even have to queue for a week just to secure tickets. What’s even crazy is that in its first week, about 1.6 million people rode up to its top.

The tower’s height is set at 634 meters or 2,080 feet. This is when the tower is measured right to the top of its antenna. In the past, the tallest structure in Japan was Tokyo Tower at 333 meters or 1,092 feet. With its current figures, Skytree is taller by 301 meters or 988 feet.

Currently, it is considered the tallest tower in the world. Previously, this record was held by China’s Canton Tower in Guangzhou standing at 1,982 feet or 604 meters. At one point, it was only second to Burj Khalifa’s 829.8 meters or 2, 722 feet height and was the world’s second tallest structure.

Compared to the much older Tokyo Tower, Skytree is almost double in height. And Tokyo Tower is even taller than the Eiffel Tower, which it was supposed to be a replica of. Back in the day, during the construction of Tokyo Tower, the builders did not really anticipate how much Tokyo would boom over the years. As a result, the structure was way too short to function effectively as a television and radio broadcasting structure. Over the years, as more skyscrapers were built around Tokyo Tower, it became less effective in providing as effective a coverage to the region.

Because of this, the decision to build another tower— a much taller one was made. When determining the design, the creators also decided to have it almost twice as tall as its predecessor. Today, Tokyo Skytree plays a very important role as the main radio and television broadcast tower in the Kanto Region. This doesn’t just include metropolitan Tokyo, but also various other surrounding regions in the area.

One of the many reasons Skytree is so popular both among locals and tourists is its impressive observation decks. The tower features two— one at 350 meters and the other at 450 meters. People flock to these parts of the tower due to the magnificent views they offer of the sprawling metropolis below. Depending on the weather, it is even possible to get a view of Mount Fuji from these decks.

The lower deck is designed to hold 2,000 people. Meanwhile, the highest deck has enough space to hold around 900 people. Both of these observatories are known for their great views. Guests will feel safe while looking out as these decks are all enclosed. At present, they are the highest observation decks in the country and the 8th highest in the world.

The Skytree is aimed to fulfill a historical design. There is a reason it stands at 634 meters tall and this is because the numbers stand for Musashi. It is the previous name of the spot where the tower is built on. The design of the structure is made to resemble a 5-story pagoda. This Japanese architectural design is prominently used in various Asian countries and is one of the many unique aspects of Skytree.

When the design for the tower was proposed, Neo-futurism heavily influenced it. This was the prevailing style in design, architecture, and art around Tokyo at the time. At the same time, the design also intended to incorporate theories of classic Japanese design. The merging of two distinct architectural styles paved the way for the creation of the unique and iconic look of the tower.

It’s more than just a tower

The Skytree is more than just a tower. The massive, multi-story complex also offers shopping, entertainment, and dining. The area surrounding the tower is referred to as Tokyo Skytree Town. Solamachi mall, which offers shopping and dining, takes up a massive chunk of the complex. Souvenir shops, an aquarium, and museums can also be found within the complex.

Sumida Aquarium, a very popular spot within the complex is situated on the 5th and 6th floors, along the West Yard. Multiple exhibits that feature aesthetically lit and arranged tanks can be found here. Visitors are encouraged to explore the area and roam freely here. Skytree has 13 high-speed elevators. It takes about 50 seconds to get to the lower observation deck from the ground floor. Going to the top observation deck takes another 30 seconds.

Tokyo’s position in the Pacific Ring of Fire has forced builders, architects, and engineers to come up with building designs that include dampers. A reinforced concrete shaft connects to the dampers outside to serve as a protective pillow in the event of a huge earthquake. This way, it not only protects the structure from destruction but also the civilians from getting hurt.

As every structure in Tokyo is required to observe this particular safety emergency setup, the same is true for Skytree. Engineers who designed the tower claim that the oil dampers incorporated into the structure can absorb up to half of the energy released during an earthquake. This is expected to protect the tower from any damage.

One of the reasons that the exteriors of the Skytree look exquisite is its coloring. Painted with the Japanese Aijiro in mind, its unique white coloring is now named sky white. The color is composed by combining white with a very light blue tint. The color takes into account the scenery surrounding the structure for that harmonious aesthetic. Also, the skillful combination of neo-LED futuristic aesthetics along with classic Japanese style reinforces its overall iconic look.

Skytree’s night illumination is a sight to behold. The steel structure gets embellished with lights that are meant to resemble the equally iconic Mount Fuji. Whirling lights around the tower can also be seen under the observation decks, seemingly resembling a clock tower of light. The light designs are environmentally friendly too as the system is entirely LED.

Enjoy the view from the top

Tokyo’s sprawling metropolitan area is already impressive in and of itself. But viewing it hundreds of meters from the ground makes it even more so. And there’s no better place in the city to do that than at Tokyo Skytree. A spectacle not only in terms of its height, architecture, and aesthetics but also how well it has been transformed into the entertainment, shopping, dining, and broadcasting complex that it is today, make it a part of your itinerary the next time you plan a visit to Japan!