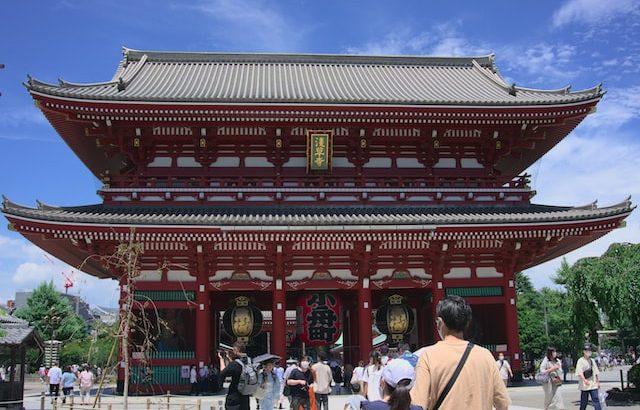 Within the impressive concrete jungle that is Tokyo lies a spiritual oasis of calm and tranquility— the Meiji Jingu Shrine. Occupying an impressive 170-hectare land, the shrine grounds run through parts of Shibuya and Shinjuku. Surrounded by a literal forest, it is reached by walking along a path that cuts through more than 100,000 trees.

Many of those that walked along the shrine’s misty trail often express their disbelief that they are right smack in the middle of the busiest districts in the Japanese capital. But then again, that is the beauty of Tokyo. It’s every inch the modern megalopolis that the rest of the world knows. However, it has also impressively learned how to integrate this modernity with tradition. This is why shrines, temples, and other cultural heritage that are great reminders of the country’s past are well-preserved to this day.

Meiji Jingu Shrine is no exception. Built in honor of the Emperor Meiji and his Empress Shoken, the facility is known for its vast forest made up of transplanted trees that were donated from all over the country. Testament to its steadfast and long-revered history, the shrine marked its centennial in 2020.

The shrine’s history is tied to that of Emperor Meiji. In 1867, at just 15 years old, he ascended to the Japanese throne. Through his and the Empress Shoken’s guidance, Japan came out of its period of isolation. During his reign, the country experienced rapid modernization. It was during his reign, the Meiji Restoration period, when the country finally ended its feudal era. Major changes were also introduced to Japanese society during this time.

In 1912, Emperor Meiji passed away. Two years after, in 1914, Empress Shoken also passed on. In 1920, the Meji Jingu Shrine was built to honor the late emperor and his wife. Unfortunately, the shrine and its grounds were destroyed during the Second World War. It was eventually rebuilt in 1958. To restore the shrine’s beautiful, forested ground, over 100,000 trees were donated from across Japan.

Today, Meiji Jingu is one of the most popular and revered shrines in the country. Over the years, it has played the crucial role of being the center of many of the events and activities surrounding the Shinto faith. During the new year alone, millions of visitors from all over the country pass through its gates. A renowned Shinto practice called hatsumode, it’s when the Japanese visit a shrine during the new year to offer prayers. Meiji Jingu is also a popular site for Shinto weddings. If you’re lucky, you might come across a wedding procession, especially when visiting the shrine on a weekend.

Supported by the government

One of the most famous shrines in Japan

Japan’s close link to its Shinto faith is heavily reflected in the more than 80,000 Shinto shrines across the country. The Meiji Jingu shrine, however, is arguably the country’s most famous. Thanks to this status, the shrine sees attracts a whopping number of tourists and visitors not only from the local scene but also from all over the world. It has also been visited by several sovereign figures including George W. Bush, Hillary Clinton, and Guido Westerwelle among others.

Unfortunately, the Meiji Jingu Shrine today is no longer the original. The previous structure was obliterated during the air raids over Tokyo and Japan during the Second World War. Thanks to the efforts of the rest of the nation, however, the imperial shrine was restored. The reconstruction was completed in October 1958. Special efforts were exerted to ensure that it is restored, rebuilt, and reconstructed to reflect its original, which is what is seen today.

The shrine is designed and constructed using the traditional Japanese style. Its base elements employ both copper and cypress. Also referred to as nagare zukuri, the reconstruction of the shrine after it was destroyed in World War II still followed the same building and construction style.

The strong bond among the Japanese was showcased when the shrine had to be reconstructed after its devastation in World War II. Considered a national project, the restoration saw numerous institutions all over the country initiating grants and donations to complete the shrine’s restoration. From civic associations to youth groups, the Japanese came together to provide any aid that they can from collecting funds to labor work. All that effort paid off as the shrine is reconstructed and restored to its former glory.

A center for events

Throughout the year, the Meiji Jingu serves as the setting for a variety of events, festivals, and celebrations. Among the many internationally recognized events that the shrine hosts is the Spring Grand Festival. This is an annual event that takes place around the end of April to early May.

Then there’s the New Year’s day celebration where millions flock to the shrine to make their wishes and say prayers for good fortune. Regular celebrations also take place in the Meiji Jingu Shrine throughout the year. In addition to annual and regularly scheduled events, the shrine also serves as a popular setting for traditional Shinto weddings. Some people even hold birthday parties inside the shrine. As such, the shrine is kept busy all year round.

A shrine amidst a forest

A power spot you shouldn’t miss

Due to the vast expanse of the area that the shrine occupies, it is easy to miss some of its numerous interesting features. For instance, there’s the Inner Garden. Situated in the shrine’s southern part, it is a crucial part of the shrine and a noteworthy power spot.

It is also famous for its beautiful iris gardens— one of the top reasons the shrine was built here in the first place. Back in the day, the Emperor and the Empress were fond of the flowers and would often pay them a visit.

The garden has a beautiful maze made up of traditional iris gardens and picturesque walks lined up with trees. A Japanese tea stall is also found in the area. While there is a small entrance fee to enter the garden, it is certainly reasonable and more than worth the price for admission.

Even more notable is the power spot within the garden. It is a popular setting for people to come and restore their energy levels. It is a great spot for purging negative energy. Known as Kiyomasa’s Well, it was named after the person who dug it. Kiyomasa was a military officer who dug the well over 400 years ago.

It’s home to a treasure house

The shrine also boasts a treasure house, known as the Meiji Jingu Treasure House. A year after the shrine was officially opened to the public, the treasure house also opened its doors.

The building houses collections that are personal belongings of the later Emperor Meiji and his wife. Part of the items that are housed and featured within the treasure home is the carriage that the late emperor and empress used to ride. The carriage was a famous fixture in the 1889 official declaration of the Meiji constitution. The imperial couple used to ride the carriage too when visiting the iris gardens which are now part of the shrine grounds.

Activities for visitors and tourists

A welcome calm from the hustle and bustle

While there is no shortage of exciting activities and amazing city views in Tokyo, all that hustle and bustle can be overwhelming at times. Fortunately, you don’t need to travel far to experience calm and tranquility within the city. When taking a trip to the countryside, visiting an onsen in Hakone, or experiencing Mount Fuji is just not possible with your limited time, take a walk along the misty trails of Meiji Jingu Shrine instead. It’s a great respite if you need to recharge and get away from the city, even just for a little while.