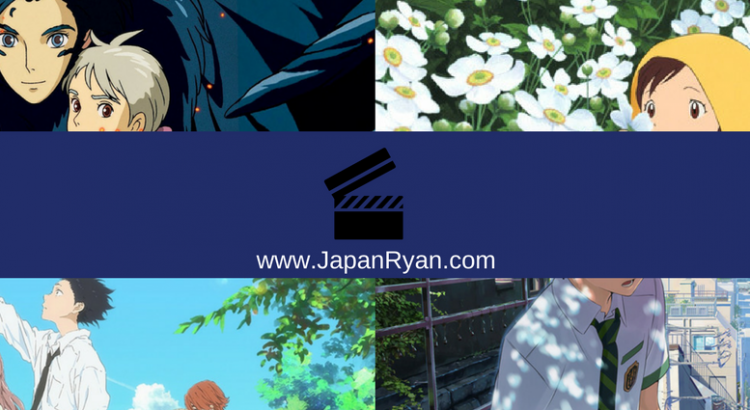 Tired of watching anime series? Or are you not fond of watching series? Try watching anime movies! I have enlisted some anime movies that rocked the movie world and the hearts of the viewers. I, myself, was touched by the movies I listed below because of the lessons and the feels of each movie. The plot, the delivery of the story, the animation, the song…all these can also be found in anime movies. The following list of anime movies is definitely a must watch!

Sen to Chihiro no Kamikakushi 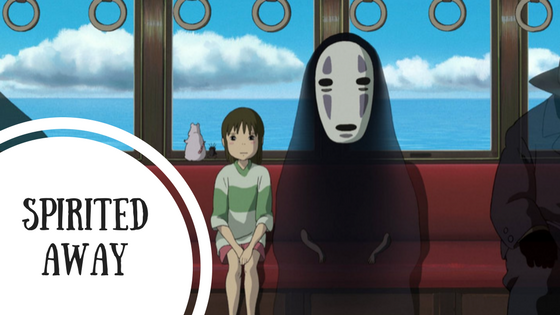 Fun Fact: Spirited Away is the highest grossing film in Japanese history and the most successful film to debut in Japan. It won 57 awards and gained 27 nominations. Among those awards included are the Oscar Award for Best Animated Feature at the 75th Academy Awards in 2003 and the Golden Bear at the 2002 Berlin International Film Festival.

One of the greatest anime movies in my childhood days, Spirited Away is one great movie with a unique plot and smooth delivery of the storyline. It has many lessons and values that make the movie not only good for children, but also for adults. The characters value friendship and family and show the value of humility, courage, and not being greedy.

On their way to their new home, the ten-year-old Chihiro Ogino and her parents discovered an abandoned amusement park. Chihiro later realized that they had entered an unfamiliar world ruled by gods, witches, and spirits. In that kind of world, humans are changed into beasts. Trapped in that unfamiliar world, Chihiro strives to save her parents and herself and return home. 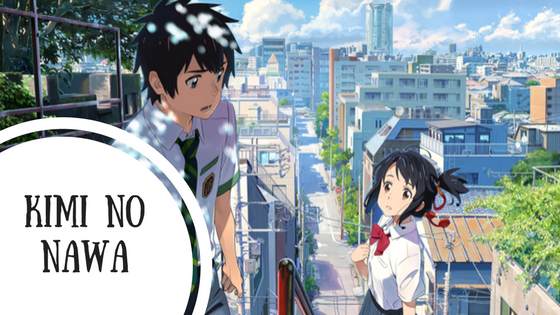 Fun Fact: Had won 8 awards and gained 11 nominations. Among those awards was Best Animation for Los Angeles Film Critics Association Awards in  2016 and Best Animation Film for Mainichi Film Concours in 2017.

One of the best anime movies I have ever watched, Kimi no Nawa’s story has been delivered very well. There was an unexpected turn of events that would really make you anticipate what’s going to happen and confuse you and surprise you and…This movie is giving you a roller coaster ride of emotions!

This is a story of fate and time. Mitsuha Miyamizu, a high school girl living in a countryside, wants to live a life that is exactly opposite of how she is living—to live the life of a boy in the bustling city of Tokyo. Meanwhile, Taki Tachibana is busy living his city life as a high school student who balances his time with his part-time job and studies. One ordinary day, they found themselves dwelling in a body that is the exact opposite of their sex! With this weird phenomenon, they found themselves searching for each other. Fate and time are two prevailing elements in this story. 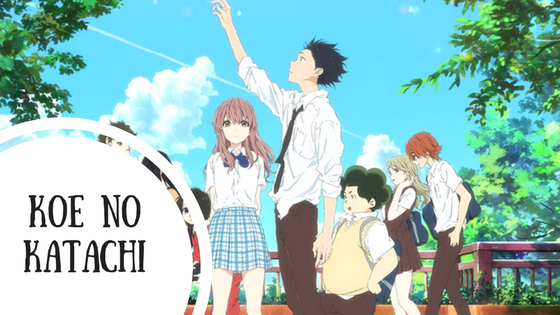 This inspirational anime movie is one of a kind. It touches the heart of the viewers because of its real life scenarios in which everyone can relate to. The execution of the story is great that even with those scenes that are not given much attention in real life would make the viewer realize many things.

The story revolves around the transferee, Shouko Nishimiya, who is being bullied by her classmates especially by Shouya Ishida because of her impaired hearing. When Nishimiya’s mother notifies the school of the bully her daughter, Shouya is blamed for everything done to Nishimiya. Nishimiya soon transferred to another school and Shouya is left being hated by his classmates throughout his elementary and middle school life.  Sincerely regretting his past actions, Shouya sets out on a journey to redemption.

Ookami Kodomo no Ame to Yuki 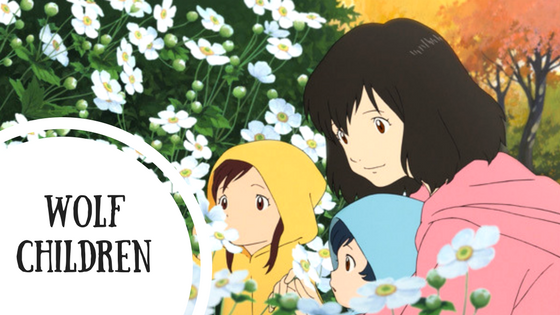 Wolf Children is one of the best animation films I had watched. It has an inspiring story that even though it has a mix of fantasy, the film has a deeper meaning. It shows the struggles a single mom faces in a harsh modern world.

The story revolves around Hana, a hardworking college student, who fell in love with a mysterious man. However, the mysterious man is not just a man; he is the last werewolf alive. Despite the revelations, Hana still loves him and they decided to start a family. Because of the sudden death of her lover, Hana is left with her two children who have the possibility of turning into wolves. 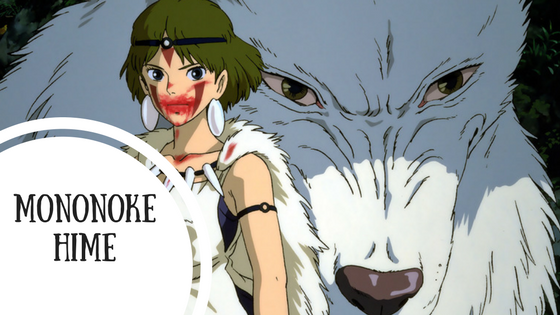 Fun Fact: Had won 13 awards and gained 5 nominations. Among those awards were the Best Home Video Release at Academy of Science Fiction, Fantasy, & Horror Films, USA in 2001 and the awards Best Japanese Movie, Best Animation and Japanese Movie Fan’s Choice during the 52nd Mainichi Film Awards in 1997

Princess Mononoke movie never gets old. It is one of those movies who have lasting impression on viewers because of the story and the lessons conveyed. This movie depicts the connection of technology and nature and showing the harmony of two existing major things in human lives. This movie may be old, but the story of harmonizing technology and nature is one easier-said-than-done solution in our modern world where technology is evidently destructive to nature.

In search of finding a cure for the curse from the beast, the young prince, Ashitaka, travels westward. He arrives at Tatara, the Iron Town, where he finds himself in a fierce conflict between nature and mankind. Ashitaka attempts to seek harmony between the two while battling the curse given to him by the beast. 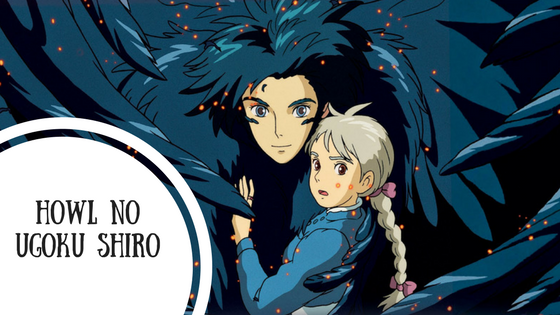 Fun Fact: Had won 14 awards and gained 20 nominations.  Among those awards were Osella Awards for Technical Achievement in the 61st Venice Film Festival in 2014 and the Best Japanese Movie Overall in the Mainichi Film Awards

Howl’s Moving Castle is an anime movie created by the creator of the successful films Spirited Away and Princess Mononoke. With Hayao Miyazaki’s Howl’s Moving Castle, he showcased the movie in the way he wanted it to be. The movie really reflects the unique imagination of the creator that is delivered beautifully.

The story revolves around a young woman named Sophie whose life turned upside down when she was cursed by a spiteful wish. She turned into an old woman! Her only chance of breaking the curse lies with a young wizard named Howl. In her journey of accompanying the young wizard, Sophie meets a myriad of eccentric companions—from a powerful fire demon, a hopping scarecrow, and a living castle.

English: The Secret World of Arrietty 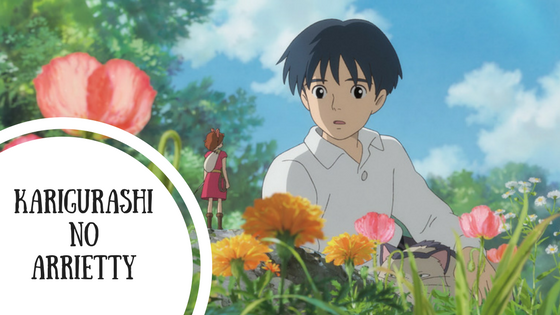 Fun Fact: Had won 11 awards and gained 6 nominations. Among those awards were Golden Trailer Awards for Best Anime Trailer in 2012 and Best Animated Film in International Cinephile Society Awards in 2013.

The Secret World of Arrietty, though a fantasy movie, is simple yet beautiful. The animation has no eccentric characters. The movie is set in an ordinary home and ordinary family, which is refreshing because it lets the viewers focus more on the characters. It presents the viewers with a beautiful look at the human world from a much smaller perspective.