No Game No Life – An Overview 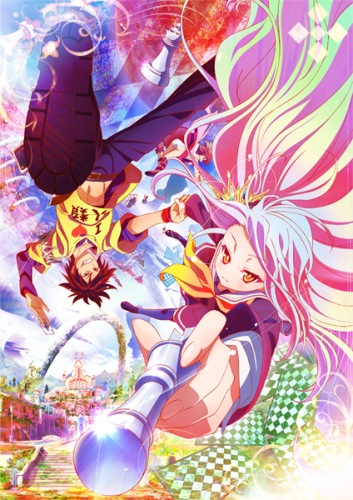 Searching for a unique plot and different adventure? Vivid colors and solid performance? No Game, No Life definitely fits 101% all those criteria you’re looking for!

Following the adventure of two step-siblings, Sora & Shiro, these two have always been together ever since they met. These two are classified as NEET (Not in Education, Employment or Training) shut-ins in society. They live for the video games and video games alone! Unknown to the online world, these two hold the identity of BLANK, the unbeatable duo in every game. After beating numerous games, the two receives a challenge of chest game from an unknown person, not knowing that it was a “God” in a parallel world called “Disboard”. Upon winning the challenge, the god (named Tet), introduces the world as the paradise for all gamers and invites the siblings to live in there. Sora and Shiro accept the invitation, believing it was a good joke. As Sora and Shiro enter the Disboard world, they vow on the Ten Commandments, which the world revolves in. They meet new faces, some who becomes their strength ally and some who becomes their dangerous enemy. Everything in the world is decided by gambling. And one has to give the same value as per equal to the eyes of the other. And so, the sibling’s life has become more thrilling and adventurous! 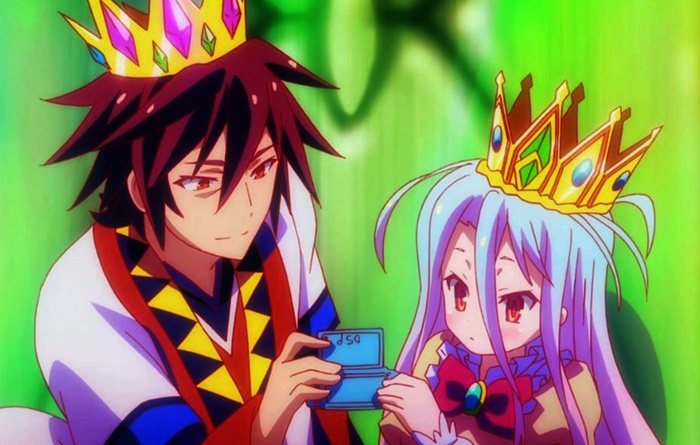 The tall, maroon-haired male protagonist of the series, Sora is described as a confident and manipulative shut-in gamer. He is good at predicting and computing his opponent’s moves by their emotions, motivations, and behaviors in the game. He is not an introvert, thus, being able to face people with a much strong will. Though this strong will disappears when Sora is dragged away from Shiro, her little sister.

The short, white-haired (with streaks of light blue, purple, pink, green and yellow) female protagonist of the series, Shiro is seen as a cute but calculative shut-in gamer. She is very good at calculating logical problems but has difficulty showing emotions to others. She has a brother complex and tends to get a little bit jealous when her brother entertains other girls. Shiro is also known as a genius, being able to speak 18 languages + Imannity race’s language (having it memorized in 15minutes while Sora did it in an hour).

2 thoughts to “No Game No Life – An Overview”