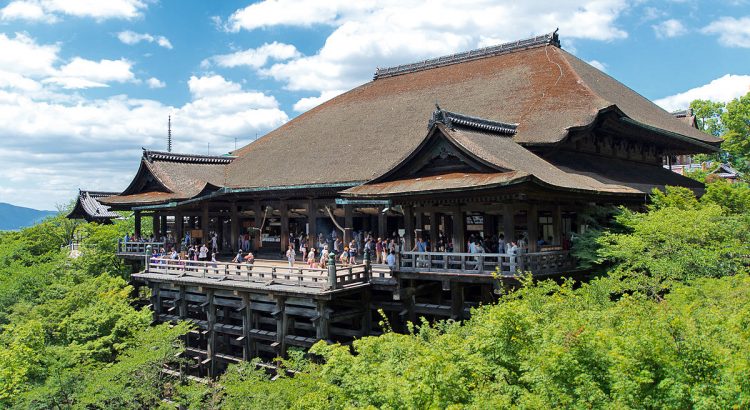 Kiyomizu-dera(Pure Water Temple) officially named as Otowa-san Kiyomizu-dera is a Buddhist Temple in Japan founded in 780 and stands 13 meters above the hillside. The temple’s name was derived from the fall’s pure waters which is called Otowa Waterfall.

The tourists visit it because the temple gives them a nice relaxing view of the cherry and maple trees directly from the stage of the temple especially during winter season. What’s more amazing is that the main hall, together with the stage, was built without using nails but is still secured with its strong wooden floor.

Jishu Shrine, which stands behind the main hall is dedicated to the deity of love and matchmaking. In front of it, there are two stones named Koiuranai no Ishi which means “Love Stones”, placed 18 meters apart. And finding your way from one stone to the other with eyes closed is said to bring luck in finding love.

This place is also visited as one of the ways of finding the true love.

The search for the love is not yet over. It takes you to cross through blinding situations from one stone to the other. 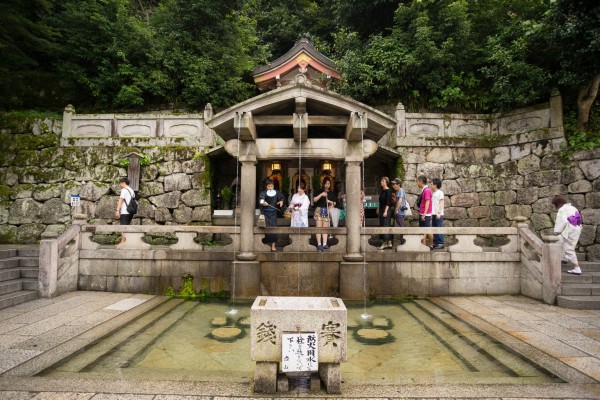 Otowa Waterfall is also one of the visited attractions inside the Kiyomizu-dera temple. The waterfall has three streams that the visitors could drink using cups. Each streams is said to bring longetivity(long life), success in school, and luck in love respectively. However, visitor can only choose one stream to drink on since it is considered greedy to drink from the three streams of Otowa.

One thought to “Kiyomizu-dera”