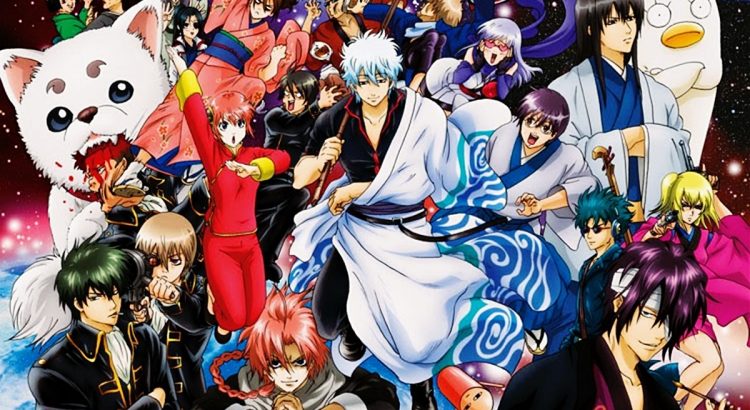 Check out this list of amazing fun facts from the famous anime – Gintama!

Shimura was originally planned to be part of the Shinsengumi. But he would rather be a Samurai instead.

Interesting to note – Shimura is also the family name of the head of the League of Villains in My Hero. Apparently this means it may be a common villain-type name in Japan.

Well, there’s no other than Terakado Tsuu!

The series was not supposed to be named ‘Gintama’, as the original was entitled as, ‘Yorozuya Gin-chan’. But Gintama turned out to be more fun. Tama can mean a lot of things in Japanese, as sounds are re-used for many different words, but it could mean a marble, a bullet, or even be the tama in tamago, which means Egg.

Gintoki Sakata can actually sleep with his eyes open. – We haven’t seen it in the series, but the Wikia of Gintama has mentioned this. Kagura is actually weird enough doing this practice, and then there’s also Gintama.

Gintoki and Hijikata hate the dentist. Around episode 175 we learned that he hated waited for dentist appointments and was fearful of the noise of a dental drill. In fact, he has a bit of a phobia or fear of dying at the hands of dental instruments.

Gintoki has the same birthday with the famous Naruto Uzumaki of ‘Naruto’.

One of Dynasty Warriors’ character named Lu Lingqi looks a lot like Gintoki. With this, people said that Gintoki was based or inspired from this character.

At the funeral scene, there is this part where the “Nilo” drink was shown. It is actually said to be a reference to the drink “Milo”. (See Season 5, Episode 6)

Milo is a chocolate and malt powder, kind of like cocoa mix in the US, that you mix with milk or hot water (dealer’s choice). It’s popular in southeastern Asia regions, as well as Oceania, and parts of Africa. It’s made by Nestle.

Sadaharu’s real name is actually ‘Kamiko’, as revealed in Season 2 – Episode 21, by the priestess sisters, Ane and Mone.

That’s all for today!

So tell us how you feel after reading this article! Are you surprised, amazed or nothing at all? Let us know by commenting below!