These destinations are all accessible to an adventurous traveler, although these places are not really intended to be a tourist spot. Many people prefer this type of places rather than zoos because it’s sad to see animals getting caged up and not having too much freedom.

Check out these amazing places that you may want to visit especially if you’re an animal lover! 😀 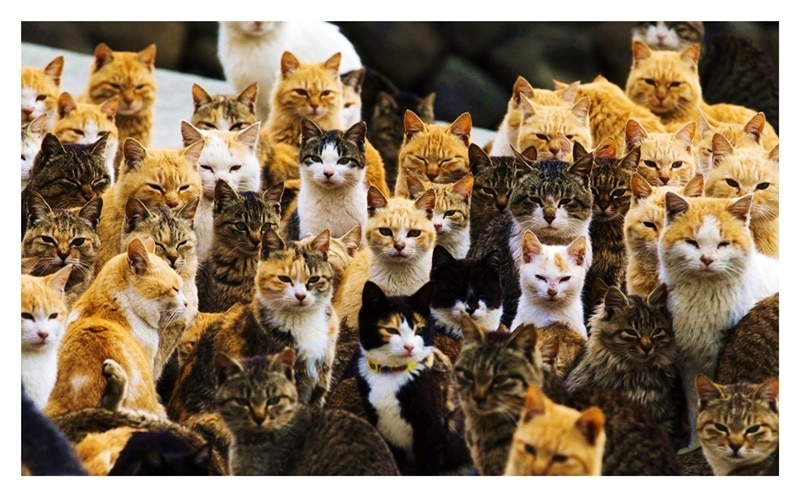 Since cats are considered as lucky animals in Japan, there’s no wonder that we can find some places like this, an island full of cute cats. Tashirojima (Tashiro Island) is a place for these many cats and has a long history with them.

During the Edo-period, residents of Tashirojima were raising some silkworms as a source of income. Some mice were preying on these silkworms and as a solution, people on the island brought some cats. Over time, the cat population increased while the human population decreased. Today, the cats outnumber the human residents six to one.

The Tashirojima’s single grocery store is not open every day, so its either you stay at a guesthouse that provides some meals for you.

Cat lovers, there’s more in Japan when it comes to cats, in fact, Aoshima is another place for this adorable creatures. Aoshima’s fishermen originally brought the cats to the island to keep the rat population down, the same purpose as in Tashirojima.

In 1976, the island’s only elementary school had shut down, and Aoshima became more abandoned. Today, the cats roam freely throughout these abandoned houses, the school, and temples, keeping a watchful eye on the visitors. 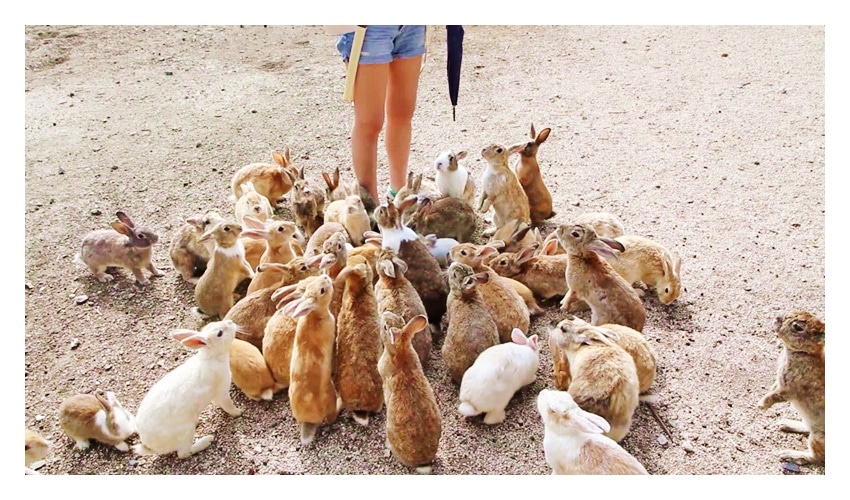 A visitor’s video of a rabbit stampede went viral which resulted in its popularity among the tourists and other visitors. The number of rabbits on Okunoshima is unclear, as the feral population is left to breed freely. But the rabbits are incredibly cute and totally unafraid of the tourists who come to see them. They will approach visitors offering them fruit and vegetables, and in some cases, even follow or climb on them.

Okunoshima, also known as Usagi-Shima (Rabbit Island), is a predator-free zone for rabbits since cats and dogs are banned. But there’s actually the tonbi, (a species of hawk-like birds native to Japan) circling the island doing whatever they like to do. But for the most part, the rabbits are left in peace to do wherever they please on the island.

During the old times, Okunoshima was the home to a chemical munitions plant, making and storing tear gas and mustard gas. Many residents and employees were not informed about what the factory was producing resulting many becoming ill or sick. A colony of rabbits was brought in to test the efficacy of the plant’s chemical weapons, starting the island’s association with rabbits. When the WWII has ended, the plant was closed for good, the chemical weapons were disposed of, the rabbits at that time were killed and a policy of silence maintained until 1988. 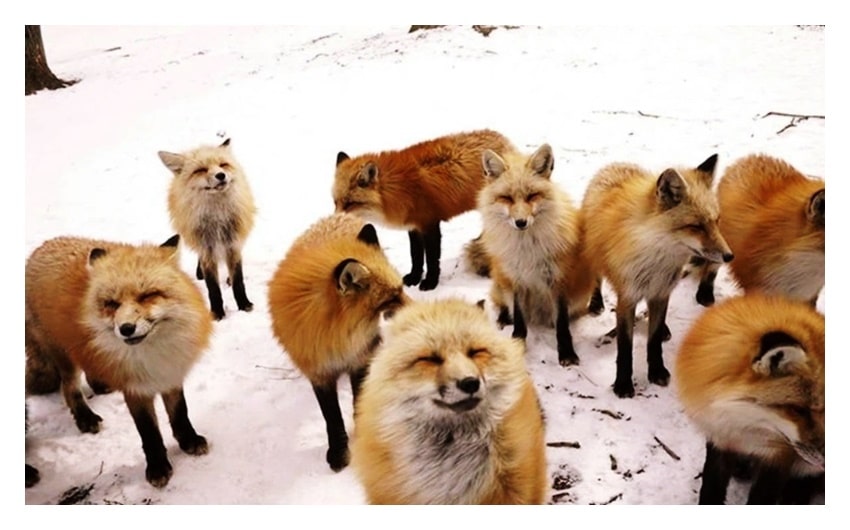 The fox is famously known in Japanese folklore as the shape-shifting tricksters or the messengers of the god Inari. With the efforts of the residents in Zao Fox Village, foxes are finally being known to the visitors too. In 1990 it was a sanctuary for foxes, but now it has become just like the cat and rabbit islands—an incredible tourist attraction!

But please, do not bring your own food! The bags of food you purchase on the island is the only food you can feed to the foxes.

This is for your protection as well as the foxes as they can smell the food in your bag! Also, avoid having anything dangling from your clothes or on your bag that might cause a temptation for the foxes. Actually, some unfortunate visitors have seen their cellphones stolen by the foxes!

There is information displayed about the foxes, but most visitors rush through, eager to see the large enclosure where the foxes roam freely. There are also a few foxes in cages, which are recovering from injuries (the foxes are wild and occasionally get into fights). However, the foxes are wild animals and should be respected as such. Which means, you feed them only from the required feeding platforms, and yeah, do not attempt to pet them.

But once you are in the village, surrounded by peaceful, sleeping foxes, great for photographing, the rules become so simple. Especially when a curious fox is following you as you explore the whole place.

So, have you decided what to visit first? Well, since all of these are great places, maybe you should try visiting them all! And don’t forget to comment below on how you think about these great places in Japan!

5 thoughts to “Animal Places in Japan”