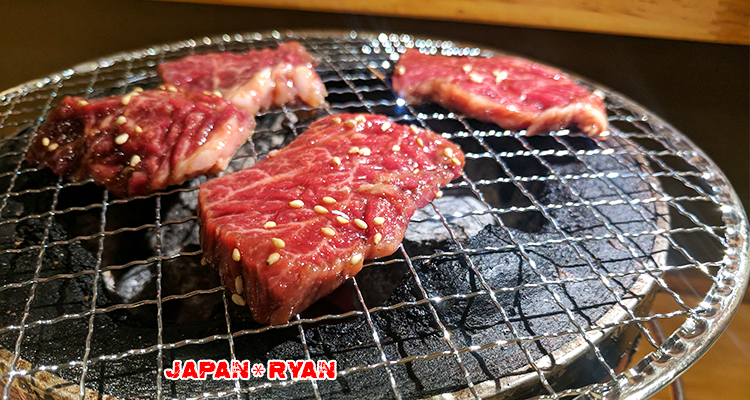 Yakiniku – the food of the gods, in my opinion. Delicious, fresh, tender, and savory grilled cow meat. The pinnacle of human food. Bred for hundreds of years, A-5 Wagyu beef is an incredible meat filled with flavor unlike anything else you’ve ever experienced. Most other beef in Japan can’t quite keep up in flavor, but is often still quite wonderful and delicious.

Native Asian cattle have been bred for hundreds of years until they reached the cow we know today as the native Japanese beef cattle.

Cows were originally agricultural animals used for pulling things and they were selected for physical endurance. This resulted in animals with more fat cells woven in between their muscles, aka marbling, which provides a fast energy source to the cow when it needed it during enduring work. It’s also what is so rich in flavor.

The beef produced by these cows is a tender, high-end meat unlike any other. There are both red and black Wagyu, and Japanese Black makes up 70% of all Japanese cattle, including the famous Kobe beef.

Wagyu is graded by yields and quality of marbling from A class to C glass and numbers 1 through 5. The very best is rated A-5. If beef is rated lower you usually won’t be told the exact rating at the restaurant.

The marbling I talked about earlier, fat woven in between the muscle cells, is what makes wagyu so delicious because it makes the meat more tender and less tough compared to just muscle chunks. Sorry that my language is not very appetizing, but I believe people should know exactly what they are eating.

Cuts of Wagyu for Yakiniku

Do you want to try Wagyu and grill it yourself yakiniku style? Find out how much it costs to go to Japan. You can also learn about some of the best dishes in Japan.