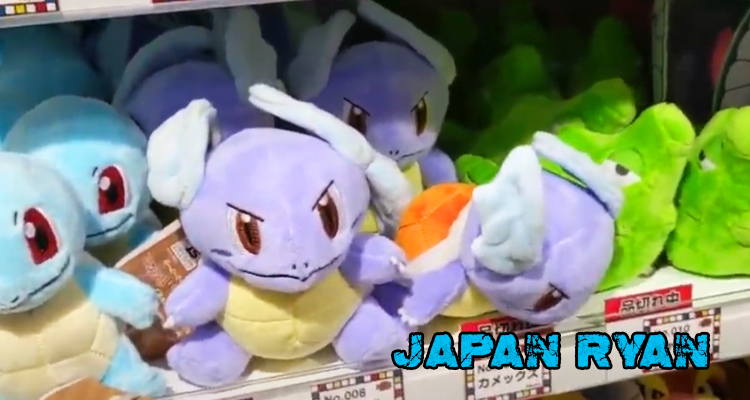 Aside from ramen and sushi, two of the biggest things you’ll enjoy from Japan are Anime and Manga. A lot of people love anime and manga. For those who don’t know what these two are, let’s start with manga. Manga is basically a comic book or a graphic novel from Japan. On the other hand, anime is an animated film that can be based on manga.

Many people have grown to love anime and manga, especially those outside Japan. Famous examples of anime that a lot are familiar with are Dragon Ball Z, Pokemon, Cowboy Bebop, Naruto, and One Piece. With manga, some people enjoy reading One Piece, Death Note, and Golgo 13. If it gets popular enough, a manga may be animated into an anime series or a movie.

Today, people worldwide have been influenced by manga or anime in some way. In fact, lots of movies and series are often based on popular manga or anime. So, suppose you’re going to Japan for a vacation, you might be asking: Where do I get to buy anime there? Whether you’re in Tokyo or Osaka, don’t worry; we got you covered. Here are some of the best places to purchase anime when you’re in the land of the rising sun.

Stores to Buy Anime in Japan

If you’re looking for rarities and oddities within the anime world, Mandarake is a good place to start. Mandarake has lots of toys available here. If you want to feel nostalgic or just want to buy that long-lost toy you had as a kid, lots of old toys are also available here. Browse the shop for one-of-a-kind items if you fancy those.

Aside from the typical manga, figurines, and magazines, Animate is also known to collaborate with several brands in bringing out unique merchandise. Just recently, Animate partnered with Demon Slayer for its perfume line. Each bottle of perfume had a unique scent dedicated to a specific character in the anime. If you want merch like this, you can’t go wrong with Animate.

K-Books is a popular anime merchandise store in Japan that sells second-hand manga and anime stuff. If you want to know where to buy anime and manga in Japan, K-Books is an excellent answer! Aside from that, K-Books also has a butler cafe and an animal cafe. Be sure to check these out if you want a unique experience while visiting Japan. As of now, K-Books has more than 15 stores all over Tokyo.

Going to the Official Jump Shop

The Jump Shop has become a popular go-to place for both local and international anime fans. The store has several outlets in Japan and sells a lot of items, including DVDs, accessories, and even anime-themed stationery. Aside from the variety they offer, the place is also a popular destination for signing events.

When there’s a signing event, expect it to be at Jump Shop. The shop owners often organize these events and invite manga artists and voice actors. Definitely stop on over the Jump Shop if you want your memorabilia signed by your favorite artists.

Shopping at Gamers in Akiba

There are many anime and manga, and when we say “lots,” we’re not exaggerating. The sheer number of available content for these two is just too many. These numbers often create a problem for lots of readers, especially if the manga or anime they follow isn’t that popular.

Thankfully, Gamers in Akiba is one of those shops that carry popular and not-so-popular anime and manga. If you’re looking for a franchise that’s not really well known, this store is your best bet. Another fantastic gem the store has is that you can buy “merch” or merchandise that’s dedicated to famous anime voice actors. With more than seven floors, you’ll have a lot of ground to cover!

Where to Buy Anime in Akihabara

The Akiba Culture Zone, located in Akihabara, is a whole building that’s dedicated to anything manga and anime. This building is easy to spot. The building has a huge artwork painted on its whole side, and the architecture is fantastic to look at too.

As mentioned earlier, the whole building is a paradise for manga and anime lovers. The first and second floors of the building contain more than 400,000 books and magazines. You can find games there as well. On the third floor, visitors can choose from a wide selection of anime-related clothes. The fourth floor contains toys and figurines for sale. The fifth and sixth floors are for entertainment.

If you fancy a little karaoke, stop by on the fifth floor. The place offers souvenirs there too. Finally, the sixth floor is for those who want a truly unique experience. The sixth floor is a cafe where you can get good food and drinks. What sets it apart from most cafes is that the servers there are cosplay girls. If you want a good time while in Tokyo, be sure to visit the Akiba Culture Zone.

Lashinbang offers both new and second-hand stuff. Aside from the original, self-published works available, you can also get figures, manga, and games here as well. Do check out their pricing as they can differ with some stores. You can get an item for JP¥3000 here, and it might be JP¥1000 somewhere else or vice versa. The store is located within the Akiba Culture Zone.

This store is located in Akihabara and sells a lot of anime merchandise you may like. On the first floor, you can find brands like Monster Hunter, Nintendo, Final Fantasy, Marvel, and even DC comics on display. They also have a Ghibli corner for those who are fans of Hayao Miyazaki’s works.

Kotobukiya is a hobby craft store and is a good place for anime fans looking for reasonably-priced second-hand anime figures. If you’re on a budget and want more bang for your buck, Kotobukiya is your place in Akihabara.

Where to Buy Anime in Ikebukuro

If you’re near Ikebukuro Station, you can go over Otome Road. Otome Road literally means the ‘Maiden Road.” Otome Road is a strip full of shops selling anime-related merchandise for women. Just like Lashinbang, the shops in Otome Road have manga, anime, magazines, and even toys that girls and women will definitely like.

For those in the Ikebukuro area, certain K-Books branches have specialty manga or certain themes for people. To prevent any confusion, here’s what each store in Ikebukuro sells:

Anime and manga are some of the biggest things to follow nowadays. Many people are often hooked on the stories and the art that these mediums bring. When you’re in Japan and want to bring some anime merchandise back, make sure to visit the many stores in Tokyo and other places in the country.

Stores like the K-Books and the Jump Shop have many offerings for you. These big franchises often have several branches located within an area. You can visit each of their branches as some of them may offer specific anime, manga, or themes that you might be looking for.